One of the “New 7 Wonders of Nature”

KOMODO NATIONAL PARK, voted as one of the “New Seven Wonders of Nature” in 2011, encompasses a spectacular array of diversity. A stark contrast is found between the desolate and rugged volcanic islands straight out of King Kong (the films were inspired by American millionaire W Douglas Burden’s expedition here in 1932) and the seemingly endless displays of diversity underwater.

The park includes the three larger islands Komodo, Padar and Rinca; and 26 smaller ones, with a total area of 1,733 sq. km. The national park was founded in 1980 to protect the Komodo dragon, the world’s largest lizard, found on all three of the large islands. After discovering that the park held much more than met the eye on land, the national park was designated a UNESCO World Heritage Site in 1991. Now guests flock to see the both the dragons and incredible marine life.

LABUAN BAJO serves as the springboard for any trip to Komodo National Park. Once a sleepy fishing village, this town now offers a host of new restaurants and accommodation and is currently ranked as the fastest growing regency in Indonesia. If you are willing to explore the surrounding areas of Flores, you will be rewarded with incredible landscapes, cultural experiences and a glimpse into a rarely explored Indonesia. Kalong Island is a small island near Rinca. This five-hectare island is surrounded by mangroves and is home to millions of flying foxes. With Komodo's spectacular sunsets as a backdrop, watch as the sky momentarily disappears under the sheer number of bats rising into the sky to feed for the evening. We visit Kalong Island on our liveaboard, Bajo Baji. For stunning 360 degree views and iconic photos, hike to the top of Padar island. Many local boats offer day trips from Labuan Bajo visiting this must-see island. The trip is generally about 2.5 hours from Labuan Bajo and make sure to bring some sturdy shoes as the trek is quite steep. We offer Padar visits on our liveaboard, Bajo Baji. Pink Beach, or Pantai Merah, is one of just seven pink beaches in the world. This romantic looking beach gets its colour from the local red coral that grows in Komodo's incredible underwater environment. When the tiny fragments of red coral combine with the white sands, this produces the soft pink color that is visible along the shoreline. We offer trips to Pink Beach on our liveaboard, Bajo Baji. We can't really say we're not biased, but Komodo's reefs really are the most incredible thing about Komodo National Park. With high-speed currents and gentle drift dives; colourful walls with monumental boulders and endless valleys of coral gardens; seamounts and alien lunar-like seascapes; Komodo boasts it all. Find out for yourself why Komodo is regularly rated one of the top places in the world to dive. Komodo Dragons are the largest monitor lizard on Earth, and can grow up to 3 meters in length and weigh up to 200 pounds. You might expect them to be slow, but they have been clocked at upwards of 15 km per hour.

Things To See Near Labuan Bajo Just a 20-minute ride from Labuan Bajo lies the cave, Batu Cermin. Its name, meaning 'Mirror Rock', derives from the effect the light from above hits the limestone, giving the illusion of a mirror. Walk around the stalagtites, stalagmites and fossils with this easy trip. The best time to see the full mirror effect is March - May around 11 am. A bit further away (about a 7 hour drive) lies cultural experience like no other: Wae Rebo, a traditional Manggarai village. Accessed only by foot, trek through forests and up steep slopes to 1117m above sea level to gain entry into this magical village hidden within the clouds. The local villagers welcome visitors with a traditional ceremony, after which you can spend the night and learn about the village's rich history. About an hour and a half drive inland, lies the picturesque waterfalls of Cunca Wulang and Cunca Rami. Nestled in a tropical rainforest setting, impressive waterfalls cascade into beautiful, fresh-water pools. Trek to Wulang and make the 8m jump into the rushing water below or swim directly underneath a waterfall in the refreshing pools at Rami. Not far from the Manggarai capital of Ruteng, lie the impressive lingko fields spread across the land in spiderweb-like structures. For the best view and photo opportunity, head to Cara Village in Cancar. These rice fields are relics of a time, where the head of each family of the village gathered around and placed their fingers on a central pole. The distance between the fingers was marked and lines were drawn to the outer circle of the lingko, defining the size of a family’s land. While Labuan Bajo is a fairly small town, you'll find most of the town's dive staff generally congregate around Blue Marlin's large tables for evening drinks and banter. Taco Tuesdays are popular at Bajo Taco, Le Pirate offers occasional movie nights and Saturday nights are when the entire town heads to Paradise Bar for live music and dancing. Labuan Bajo offers multiple standards of accommodation. Blue Marlin's resort features options for different kinds of budgets: deluxe rooms or our dorm. Both rooms types at the resort offer a modern and clean option in downtown Labuan Bajo and are equipped with air conditioning. Other options we recommend are Green Hill Boutique and La Prima. Getting around is simple; ojeks (motorcycle taxis: IDR 3.000-5.000) and bemos (shared taxi-cabs) pass every 5 minutes if you get tired of walking. You can also rent a motorcycle for around IDR 75.000 per day. Most hotels that are not within walking distance of town generally offer a complimentary shuttle. Blue Marlin's popular restaurant is open from breakfast through dinner, serving up a combination of Mexican and Western cuisine along with the best sunset views in town. Labuan Bajo, once a sleepy town, now offers a wide selection of dining options with popular restaurants featuring Indonesian, Italian, Greek, Japanese, Tex-Mex and seafood. There is also a bustling night market with great seafood and other local dishes that's perfect for those on a budget. 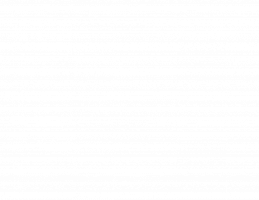 Getting to Labuan Bajo is easy! Find out how.

Ready to book? More questions? Get in touch.